Alcoholic beverages have been a crowd pleaser for ages, but now, a new kid is stealing the thunder – herb-infused alcohol. It has all the goodness of your favorite drink, but the extra punch of your favorite herbs and spices. Intrigued? Read this article to know more about this trend that’s about to take off in a big way! 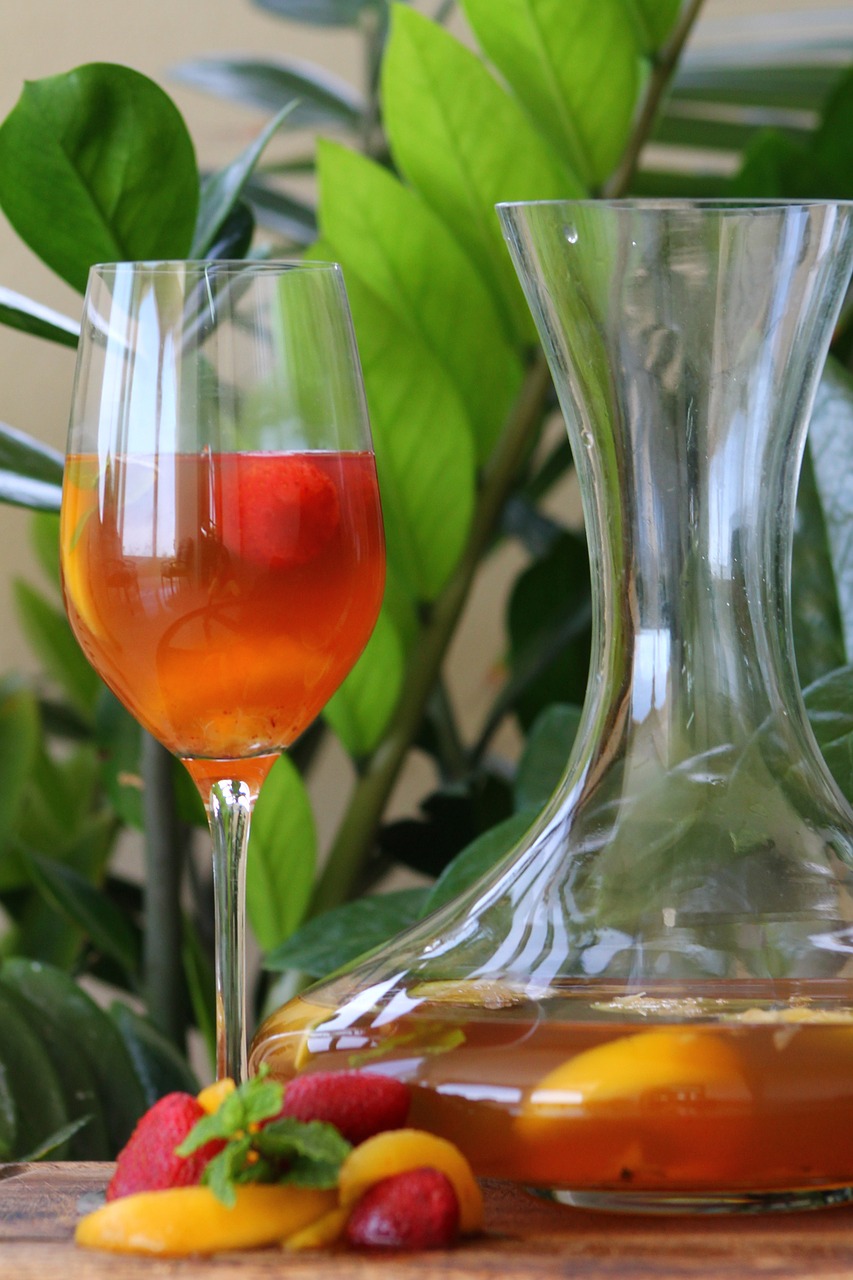 These days when you go out for a drink, the menu bombards you with a long list of spirits. There’s no denying that these cleverly mixed drinks that allow you to feel buzzed sans the bitter taste are a huge favorite with the crowd.

Herb infused alcohol, another crowd pleaser, has also been on the upswing for the same reasons. Bars can prepare their in-house concoctions with a variety of liquor, like vodka, gin, rum, bourbon and even beer that’s been infused with herbs. The customers love these new spiced spirits as it gives a kick while also having several of the benefits associated with their herbal properties.

People very commonly tend to mistake infused alcohol with flavored alcohol. But they’re two very different things. To make flavored alcohol, the ingredients are added during the distillation process. In infused alcohol, however, the ingredients are added to the existing spirit and stored for a specific duration of time to let the flavor be absorbed into the alcohol. Once the time period is over, you just have to strain the alcohol and serve it chilled or with ice!

Infused Alcohol …. Not a New Trend

Although herb infused alcohol has only made a buzz recently, it is in fact, anything but new. Vodka – the most common spirit for infusion because of its harsh taste due to poor distillation conditions – has been getting flavor boosts since the 14th century! Brands like Captain Morgan and Absolut also introduced infused liquor to spice things up – literally. Bio Liquors, arguably the most well-known brand in the country for infused alcohol, offers a wide range of infused alcohol starting from vodka to rum and more.

And now, in addition to serving flavored alcohol and store-bought infused liquor, hotels, restaurants, and bars also make their own infused alcohol. This allows them to experiment and create their own specialties, which in turn helps create an identity for the crowd to easily identify and remember.

A well-known hotel bar in Delhi serves its own infused alcohol. They offer about a staggering forty varieties of infused gin drinks to choose from! The bar has been awarded GQ India’s Best New Bar of the Year and the India-based Spritz Awards’ Best Bar of the Year. This just goes to show the popularity of herb infused alcohol in the country.

The love for alcohol is not new and this generation, with its ever-adventurous spirit, asks for innovation in everything, including their drinks. This is probably one of the reasons why herb infused drinks have found a tremendous fan base in the country. When bar managers and liquor chefs are given the freedom to create their own herb infused alcohol, they offer new blends every other week maintaining a steady influx of customers who always want to try something new. 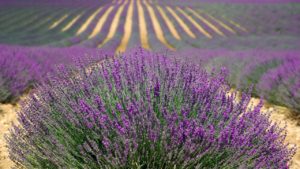 The other reason why it has found such popularity is that these drinks steeped in herbs have great medicinal value. Alcohol is well known for its ability to extract the active compound of numerous herbs when infused together which explains why it was used as medicine. In fact, the earliest signs of alcohol being used as medicine dates back to some 5000 years ago. Bioarchaeologists have discovered a jar in the tomb of one of the first pharaohs in Egypt – Scorpion. They found alcohol from the remnants which also contained herbs that were known to have several medicinal properties.

These ‘healthy’ alcohols have become a favorite among the health conscious generation. Catering to this demand, some of Bio Liquors’ products are infused with up to twenty natural herbs. However, there’s also a trend of infusing alcohol at home. Manufactured infused alcohol usually contains a lot of sugar because of which people prefer making their own batches. This way, they have the liberty to add as much or as little sugar as they want. And they also get to choose their own herbs. They also make for great gifts!

It isn’t very difficult or time consuming as you would assume it to be. You just need a few basic tools –

When you decide that you want to try being a bartender at home, the first most obvious thing is to decide your choice of alcohol. Although vodka is the go-to spirit to use for herb infusion, other spirits are also equally good an option for you to try. Gin, rum, tequila, brandy and bourbon are good to play with.

Vodka is the most versatile alcohol base due its neutral nature and absence of inherent flavors. This makes it the easiest and a favorite option by default. Gin can be tricky to use but if you find herbs that complement the botanical in the distillation process, it makes for a great drink.

Similarly, find herbs and spices that complement the darker spirits like bourbon and brandy, which are toasty and caramel-like. Also, when it comes to alcohol, don’t go with a cheap alternative the first time round. It won’t bring out the flavor that well. At the same time, don’t use a very expensive alcohol either. There’s a chance that you might not succeed in your first attempt, and you don’t want to end up wasting money and good alcohol.

The next step is for you to figure out which herbs you want in your alcohol. This poses some dilemma because you have to choose from a plethora of herbs – basil, thyme, rosemary, mint, cilantro, peppercorns, cinnamon and ginger. And choosing the right herbs is important because not only will they add flavor to the alcohol, they also enhance its richness and smoothness when infused in correct proportions. 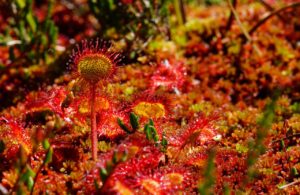 It is easier to find a complementing herb when you know the alcohol you’re planning to use as a base. Bourbon and rum, for instance, are warm alcohol and they pair well with herbs like rosemary and cinnamon. However, if choosing an herb feels like a daunting task, pick just one. You can’t go wrong if you’re using one herb.

For someone who’s never done this before, you could try using herbs and spices like ginger, basil, and lemongrass. These herbs are easier to infuse and don’t require too much caution. Eventually, you can move to using a combination of herbs and spices or herbs and fruits when you become more confident. Herbs and honey are also an all-time favorite combination.

If you plan to use intense herbs and spices, you have to keep an eye on the infusion process. When the herbs and spices are naturally stronger, they might quickly overwhelm the alcohol and end up making it unsuitable for consumption. The ABV level of the alcohol will also determine how fast it extracts the flavors.

Although there are no hard and fast rules about the time required for the infusion process, some herbs take longer than the others depending on their potency. So, give the jar a shake every day and do a taste test to know if the infusion process is complete. You also do not have to restrict yourself to using a non-flavored alcohol base.

All About That Proportion

Keeping in mind the nature of the herb and the alcohol you want to use, having the right proportions can be tricky. Unlike the ideal 1:1 ratio for fruit infused alcohol, herbs require lesser time for infusion and tend to be stronger than fruits. Which is why a 1:2 proportion is recommended. It’s better to have too little ingredient than to have too much. Diluting strong infusion is more difficult compared to simply steeping more herbs in the alcohol later to draw out more flavor.

Store the infused alcohol in a cool place, away from direct sunlight and your herb infused alcohol will be ready in 3 days to a week. Most herb infusions reach peak results within that time frame. It depends, however, on how porous the herbs are. For instance, herbs like basil and mint are infused into the alcohol quicker than lavender and rosemary.

There are some combinations more popular than the others because, one, it’s easier to mix and two, it still tastes as delicious as the other more elaborate ones. Lavender-Rosemary vodka is a popular concoction for these reasons. You can add this concoction to your glass of martini for that floral hint.

Basil infused gin is also a classic and easy concoction to make. The basil complements the hint of juniper present in gin making it easy to enjoy than a regular gin and tonic. Another quick and easy-to-make popular infused drink is cardamom brandy. It’s a warm drink that would be ideal for winters and makes for wonderful holiday gift.

The hype surrounding herb infused alcohol is a valid one. It is delicious, you have a good time, and it makes for a great gift for friends and family. And the bonus is that it also packs medicinal properties! There is also an abundance of mixes to try from and when you’ve tried them all, you can make your own. Granted, that you will face the side effects of having too much of it since it is, after all, alcohol but the idea is to enjoy it and not overdo it.

Now, with the newfound knowledge of herb infused alcohol, the next time you go out for a drink you can try these instead. And if you’re more adventurous you could also try becoming a mixologist at home! Which ones do you see yourself making at home?