Boutique hotels defy any particular definition. However, they are instantly recognizable by the idiosyncratic design, styled accommodation, intimate atmosphere, and personalized attention they offer to their guests. All boutique hotels believe in going above and beyond the regular amenities that you find in most chain hotels; instead, they offer a stay experience that’s unlike any other in the world. 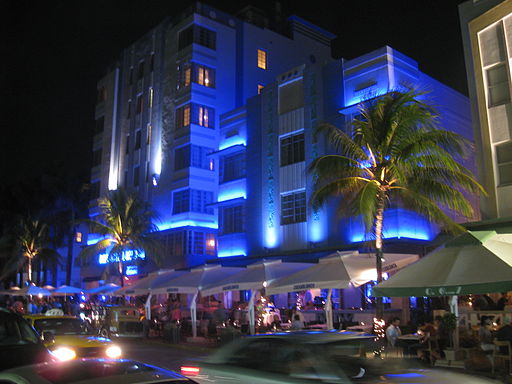 Everything You Ever wanted To Know about Boutique Hotels

The lodging industry is one of the oldest businesses to exist in this world. It has been around ever since people started travelling from one place to the other for trade and other purposes. What began as the need of the hour (rest and shelter during long journeys) soon turned into an industry that offered comfort, convenience, even luxury, to their boarders. For example, The Greeks built thermal baths that allowed their guests to rest and recuperate. Romans constructed palatial mansions for travelers, while Caravanserais along the famous Silk Road from Turkey to China offered shelter not just for men but also their beasts.

In the 21st century, hotels have evolved into a flourishing business that has become an inseparable part of the travel industry. The styles range from flamboyant properties to bare-bone youth hostels, and all-inclusive honeymoon resorts to quaint country inns. 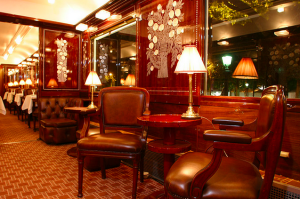 However, as competition grew and hotels started offering standard services across the chain, there was need for something innovative in the market. People, tired of impersonal services, started moving towards smaller hotels that offered personalized attention and unique experiences.

And thus was born the darling of the hospitality industry – boutique hotels.  Today, they are the most sought after stay option for leisure travellers and the ultimate name in exclusivity. More and more people are choosing to stay in boutique hotels, because they’re almost always guaranteed to have a good time and get great value for their money

Given the popularity they enjoy, it’s worthwhile taking a peek into the fascinating history of boutique hotels and trace their evolution over time.

The earliest boutique hotels appeared in the early 1980s, the first two of them being The Blakes Hotel in South Kensington, London, and the Bedford in Union Square, San Francisco. The term ‘boutique hotel’, though, appeared much later in 1984, coined by Steve Rubell. He compared his own establishment, Morgans Hotel, to a small boutique, obviously wishing to highlight its exclusivity and set it apart from other hotels that were cropping up everywhere, much like the monolithic department stores.

This is not to say that boutique hotels are a modern invention. There are plenty of documented instances of similar lodging experiences dating back to the 13th century when staging posts were set up for travellers in Mongolia and China.

Here are a few more examples of one-of-a-kind boutique hotels that were popular back in the days:

As you can see, there have been numerous occasions throughout the history of the lodging industry when hoteliers applied creativity and offered top-notch services to stay ahead of the competition and offer something extraordinary to their visitors.

Boutique Hotel of the 21st Century – Characteristics that Set It Apart

Today, the term ‘boutique hotel’ is used to describe small establishments with around 150 rooms. They are privately owned, or part of a small group of hotels, and are best known for iconic, memorable and, at times, eccentric design themes. The concept of boutique hotels became a trend after hotelier Ian Schrager and French designer Philippe Starck used unique designs to build their hotels. And now, it has become a flourishing industry of its own, complete with unique traits and qualities.

Here’s looking at some of the more important ones.

Boutique hotels are generally considered small, but they’re not in the same category as Bed and Breakfast hotels or homestays that have less than 10 rooms. Boutique hotels can have up to 150 rooms, which does make it appear smaller when you compare it to most chain hotels.

However, it is this intimate scale that helps create a home-like ambiance with peace and privacy aplenty. These cozy properties often have a communal “living space” where the guests can sit and interact with each other.

Since boutique hotels are independently owned and not affiliated to any big chain, they are a brand in themselves. They have a distinctive vibe to them that sets them apart from the others. It is their unique personality and absence of cookie cutter solutions that guests find refreshing, thereby drawing more and more people towards boutique hotels. 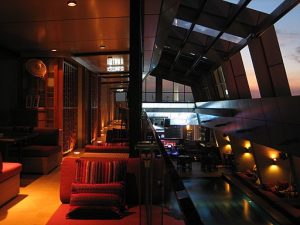 Boutique hotels are known for their intriguing interiors, which are very often created by leading designers and architects. Generally speaking, these niche hotels tend to maintain an upmarket look, combining historic elegance with chic details. The décor conveys a progressively forward style and the overall design could range from contemporary and quaint, to homely and artistic. Each guest room is decorated individually, complete with exclusive amenities and upscale linen.

It’s All in the Charm

You know how you walk into a big hotel, but nothing really spectacular or interesting jumps out at you? Boutique hotels will have none of that and the first thing that grabs your attention is their eccentric personality. They are funky, trendy, and offbeat. For instance, the Hotel Monaco in Washington D.C. will bring a goldfish in a bowl to your room, if you don’t have a pet of your own.

While there aren’t any hard and fast rules about where a boutique hotel should be situated, it’s no coincidence that the best of them have a great location going for them. When designing boutique hotels, most hoteliers choose the hippest and most happening places to set them in. You may even find them in high-end neighborhoods, removed from the hustle and bustle, but still close to the attractions and highlights of the city. Yet another popular choice for boutique hotels would be in areas that are far removed from the city, in the lap of nature and surrounded by lush greenery.

One of the most distinguishing features of boutique hotels is the highly personalized and exclusive services they extend to their guests. The staff is courteous and friendly and is likely to know your name from day one. The hotel provides bespoke luxury amenities, like an extensive pillow menu, custom toiletries, and an array of relaxing spa services. A sumptuous spread of food and drinks menu is also a signature part of a boutique hotel. All these services combined create a top notch and singular experience for the guests.

Another feature that makes boutique hotels stand apart from other hotels is their significant focus on creating extraordinary restaurants and bars, which are modish and trendy. These hotels make a great reputation for themselves, which is independent of the conventional star ratings. Thanks to their appeal, they’re able to draw crowds not just locally, but also globally.

As you can see, there are a number of reasons why boutique hotels are fast gaining popularity among travellers, who are demanding more than comfort and convenience from their stay options. They want to be surprised, they want to experience something new, something completely different from what the run-of-the-mill hotels offer. In fact, these days, if you’re not staying at a boutique hotel, you’re considered unfashionable.

I don’t mean to imply in any way that hotels are boring or uninspiring. There are excellent hotels all over the world offering out-of-the-world service to their guests. However, boutique hotels break the traditional mold and refuse to be boxed in by regular standards. Offering visitors style, distinction, intimacy, and warmth, they leave guest with an experience they can cherish forever. And isn’t that what hotels set out to do in the first place?

Ram Gupta, the author is a hotel management graduate from India and Germany; He is a certified Hotel Administrator from U.S. and MIH from U.K. He has over 40 years of sound experience in the Hospitality, real estate industry in India, Dubai, U.K, Europe and Japan and is well versed with all areas of business including acquisitions, mergers, joint ventures, diversification, strategic planning, development and operations. He has been associated with over two dozen luxury and boutique hotel projects and has launched two hotel chains in India. He is currently an independent hotel consultant and could be contacted at ramgupta@bcgglobal.com. Website: www.bcgglobal.com