Gone are the days when guests would stay holed up in their hotel rooms. They now prefer to move out and mingle with the people around. This is exactly why hotels are bringing about a change in the lobby scene. In this article, I’m going to talk about how lobbies are emerging as the latest hangout spots in hotels. 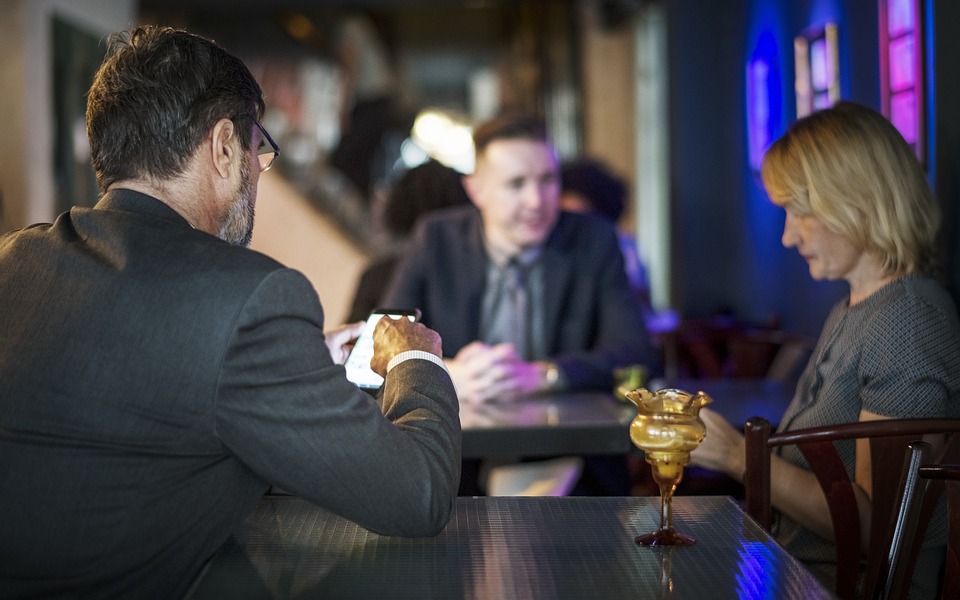 When you think of a hotel lobby, what’s the first thing that comes to your mind? Deserted areas meant only for basic things like checking in, checking out, and waiting around? Spaces that play ghostly sounding piano music while hotel staff move around like shadows? Although that’s been the general perception for a very long time, the picture has changed in the past few years.

Sherry Turkle, a professor of social studies at the Massachusetts Institute of Technology, has researched the relationship between technology and social interaction, and says that there is a concept of a ‘third space’ in sociology. Relating it to hotels, she says, “It isn’t home but it isn’t someplace we don’t belong. A hotel… is such a place.” Lately, hotels have been banking on this very concept to make the lobbies a place for people to mingle, network and interact.

Noah Silverman, Marriott International’s Chief Development Officer for full-service hotels in North America, compared hotel lobbies of the previous days to bowling alleys of marble, which almost seemed like pass-through spaces. But that’s not the scenario anymore. Hotels, especially the hospitality giants like Marriott and Hilton, as well as their competitors are investing more and more in order to transform the lobbies into hangout spots.

The Shift Among Millennials

While technology has mostly been a boon for various kinds of advancements, it has also been a bane as far as human interactions are concerned. People, especially those belonging to the younger generation, are almost always seen immersed in their phones or tablets, clicking selfies, playing online games, and basically participating in virtual conversations and being socially alone.

The situation among the Millennials is shifting, though, with a majority of them wanting to stay in the lobby, even if all they’re doing is working on their laptops. Although this shift has led to the reduction of the size of individual rooms, it has also caused the inclusion of bright and airy lobbies, communal areas with scenic views, and ample pod seats, with the target to attract more new age travelers.

Ian Schrager, the co-founder of 1970s hotspot Studio 54, and later, boutique hotels, is among the many hoteliers wishing to use the comfort Millennials have with open-space mingling at work and home to their advantage. Just like private cubicles are being replaced with open-plan offices, and traditional home offices are transitioning to laptops on the tables of local cafes, giant in-room hotel desks are changing into shared workspaces. With WiFi being easily available in lobbies and charging stations being accessible in almost every nook and cranny, guests are finding it ideal to step out from their rooms into a more open space and getting their work tasks accomplished while striking conversations with fellow travelers.

Earlier you could just order room service, now you might have to walk down the lobby to the restaurant or the bar to have a meal or grab a drink. Hotels are incorporating all sorts of culinary options to keep their guests from spending on food and beverages somewhere outside. It’s no longer surprising to see a bistro or a Starbucks within the hotel, with guests sipping a hot cup of coffee and having an official meeting or catching up with an old friend. If you’re looking for entertainment options, these new spaces offer everything from rooftop terraces with white couches and skyline vistas, to musical performances by renowned artists.

It has been quite a while since the hotel industry realized the need to make lobbies a more accessible place for social interactions to take place, and this is precisely why most of the reputed hotel biggies have been going all out to include the best facilities for their customers. The Crystal City Marriott was one of the first conversions in this arena, ever since Marriott rolled out the ‘Greatroom lobby’ concept.

For instance, Schrager’s 370-room Public Hotel on Manhattan’s Lower East Side houses three bars, including a lobby hangout and nightspot with 360-degree views of the city. The guests also have an option to pick from two restaurants, of which the main one has sumptuous meals from a menu designed by Jean-Georges Vongerichten.

San Diego has many hotels that have embraced this change with a lot of vigour. The Embassy Suites San Diego Bay ditched the signature lagoons for a more modern atrium and casual seating during their $8.5 million renovation. Humphrey’s Half Moon Inn and Suites replaced their ‘60s look with a contemporary setting that encompasses an all-stucco exterior, accented with columns clad in stone. Hotel Palomar converted their 20 unsold condos and two penthouse units on its upper floors into a collection of 50 rooms.

The techniques previously used by frat houses, wine bars and art museums are now being increasingly used by hotels to transform their lobbies into places where both guests as well as non-guests can hang out. This has proven to be very effective in promoting their brand name. Lionel Ohayon, founder and CEO of ICRAVE, says, “Most people live an enormous digital life. People need to be reintroduced to being in public.” And this is exactly what hotels are doing in making lobbies a hip and happening hangout area for their guests.

Ram Gupta is a hotel management graduate, a certified Hotel Administrator from U.S. and MIH from U.K. He has over 4 decades of sound experience in the Hospitality industry in India, Dubai, U.K, Europe and Japan and is well versed with all areas of business including acquisitions, mergers, joint ventures, diversification, strategic planning, development and operations. He has been associated with over two dozen luxury and boutique hotel projects and has launched two hotel chains in India. He is currently an independent hotel consultant and could be contacted at ramgupta@bcgglobal.com. Website: www.bcgglobal.com

By the same author…. 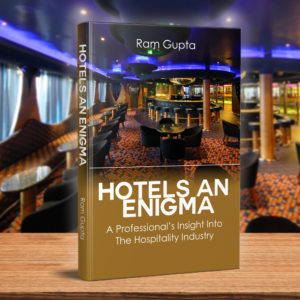